Joy's latest published short story, "Toby and Steve Save the World" is out from Seventh Star Press in the anthology, Hero's Best Friend, edited by Scott M. Sandridge. 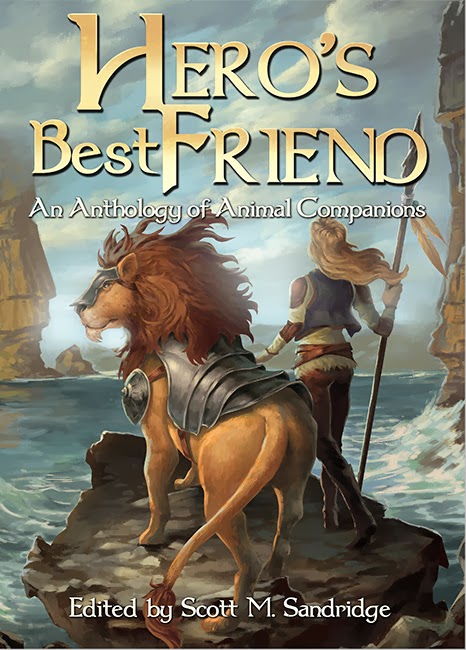 Featuring 20 tales, from 21 authors, the new anthology features a spectrum of sub-genres in speculative fiction, but all of them contain the common element of a focus upon animal companions. Hero's Best Friend will be available in eBook format at the end of the first week of February, with the print version to follow one week afterward. The authors contained in Hero's Best Friend, and the stories they contributed, are as follows: - See more at: http://seventhstarpress.blogspot.com/2014/01/heros-best-friend-anthology-cover-art.html#sthash.j5BcUpmF.dpuf


Hero's Best Friend Synopsis: How far would Gandalf have gotten without Shadowfax? Where would the Vault Dweller be without Dogmeat? And could the Beastmaster been the Beastmaster without his fuzzy allies? Animal companions are more than just sidekicks. Animals can be heroes, too!

Found within are twenty stories of heroic action that focuses on the furries and scalies who have long been the unsung heroes pulling their foolish human buddies out of the fire, and often at great sacrifice—from authors both established and new, including Frank Creed, S. H. Roddey, and Steven S. Long.

Whether you’re a fan of Epic Fantasy, Sword & Sorcery, Science Fiction, or just animal stories in general, this is the anthology for you!

So sit back, kick your feet up, and find out what it truly means to be the Hero’s Best Friend. - See more at: http://seventhstarpress.blogspot.com/2014/01/heros-best-friend-anthology-cover-art.html#sthash.j5BcUpmF.dpuf
Collapse